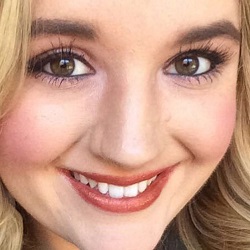 20 Types of Fade Haircuts That Are Trendy Now

When it comes to hairstyles for men, diversity is often the last word that comes to mind. However, in recent years we’ve seen a gradual move toward trendy, less black-and-white looks, including the fade haircut with its numerous variations. END_OF_DOCUMENT_TOKEN_TO_BE_REPLACED

Wearing your hair in a braid (especially a French one) is fairly common. However, switching up your appearance can come as easily as flipping the braid on its head–namely, with an upside down French braid. Read on to reveal new ideas for braided hairstyles! END_OF_DOCUMENT_TOKEN_TO_BE_REPLACED

Fade haircut is a popular men`s cut in which the length of the hair reduces gradually from the parietal ridge towards the temples and nape. High fade is one of its trendiest variations. Highly popular among Asian, African-American and Caucasian men, high fade cuts transcend ethnicity and age. They’re inherently cool — high fades were spotted on Old Hollywood stars back in the day, and now they are rocked by young, hip men. END_OF_DOCUMENT_TOKEN_TO_BE_REPLACED