20 Popular ’90s Hairstyles That Made an Epic Comeback 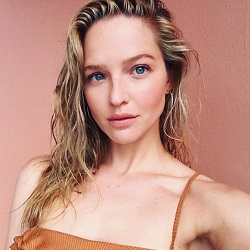 Your favorite decade has come back — just like you always knew it would. The cyclical side of fashion and hairstyles gives us a chance to relive some of our favorite trends from the past. Luckily, ’90s hairstyles have taken over yet again. Here are the top ’90s hair trends you should rock in a new, fresh way.

Melissa Joan Hart would say: “If you didn’t rock crinkled hair in the ninetieth — then you weren’t living”. Crimping was popular because people wanted to look unique, making bold statements every day. And they liked new hair styling tools called crimping irons! While the trend was definitely overdone back in the day, crimping just a few pieces of your ‘do is subtle and playful. It’s also a perfect nod to the best decade.

#2: Half up Half Down With a Fringe

The half-up style was a big hit in the ’90s, and it was often made complete with wispy bangs in front. In 2022, with the major ’90s hairstyles comeback, it’s time to rock this simple and cute hairstyle again.

One of the biggest ’90s fashion trends was undoubtedly the scrunchie. You could find TV stars like Stephanie Tanner Danielle Fishel and Phoebe on Friends sporting the style. Nineties babes had to pull up all of that big hair with something. The scrunchie may have embodied cute hairstyles then, but today it’s one of the major summer trends , sexy in a girl-next-door kind of way.

The decade prior to the ’90s was all about side-swept and voluminous hair, which is why it was no surprise that a sleek middle part came to be trendy next. Even the guys chose to steer clear of crazy trends and stick with the sleek part. As you might have already spotted on the streets of your own city, a middle part with the matching curtain fringe is all the rage now and seems to be here to stay for the whole decade.

Claw clip and banana clip hairstyles are definitely among those we remember wearing in ’90s or at least recall our mothers do so. The hairstyle is back in our back pockets to style every now and then for an easy and practical ’do.

This decade wasn’t all about sweet styles and cute accessories. The ’90s was the era of grunge hair. It was a time when bands like Nirvana ruled the radio stations. Lip liner was dark, hair was spiky, and being a punk was cool. Grunge darlings were not afraid to take risks and their bangs were no exception. An ever-popular ’90s hairstyle was super short bangs, and trendy babes today know how to rock the look with the perfect touch of pretty and moodiness.

Today we refer to them as space buns but in the ’90s, women’s hairstyles revolved around rave buns, and they were all the rage! Popular beauties of the decade ranging from Mel B (Spice Girls) to Gwyneth Paltrow weren’t afraid to show off a playful side. The look is back now and in a big way, especially if you add funky neon or pastel colors to complete the look.

You can thank Indie babe Winona Ryder for this choppy boyish look. Nothing looks sweeter on a feminine face than a contrasting chop. The pixie is the ultimate ’90s haircut, and it’s a trend modern women can easily rock fiercely!

The bob is a timeless look that changes with each decade. In the roaring ’20s, it was a super short page boy style and in the ’90s, it was a layered, flipped-out look. The Netflix’s Queen’s Gambit with the stunning Beth Harmon’s ‘dos made the look desired again. The decade is all about spiky, funky and edgy and women are still jumping on the signature the ’90s bob with a modern twist.

As much as this decade embraced the playfulness, natural looks were still very prevalent. Naturally curly hair beauties like Mariah Carey, Nicole Kidman and Sarah Jessica Parker embraced their voluminous curls in an age where intense and sleek styling just didn’t exist. Girls today are enjoying that breath of fresh air in their looks and keeping curls intact and voluptuous.

Pop stars like Brandy Norwood and Janet Jackson truly revolutionized the way girls wear braids today. Each braid was so tiny they really resembled a thick strand of hair and were worn very long for a sexy look. Choosing something pretty and complex like braiding hairstyles is a classic way to wear your hair, and it means one of our favorite trends will continue to live on! Fortunately, we have a lot of braided hairstyles to choose from.

Let’s face it: if you weren’t a little ‘out there’ with your fashion in the ’90s, then you were doing something wrong. This decade was all about creativity and experimenting with your locks. Pigtails were trendy and a simple style go-to during this decade and have come back in full force. Now, braided pigtails and pigtail French braids is a mighty trend with the nod to the ’90s.

It goes without saying Mariah Carey was a part of ’90s culture; in fact, we might not be stretching the truth when we say she was the heart and soul of most of our hairstyle inspiration. It’s only natural that Mariah’s ‘do was influential for layered ringlets. The look not only caught on but has persisted through the decades. Women have been rocking their natural, voluminous ringlets and they can think of a pop princess for making it all happen.

The Rachel was perhaps the most iconic haircut of this entire generation, and it was all thanks to the popularity of Rachel portrayed by Jennifer Aniston on the television show Friends. The original version of this cut was a bit choppy with thick layers, but the modern approach has women blowing out their “Rachel” haircuts a little straighter for a fresher, more updated look.

Butterfly clips were one of the most important accessories of the ‘80s and early ’90s. Especially for parties and prom hair! Believe it or not, girls are wearing them today but in a fresher, less organized way. We’re excited to say that our butterfly clips held up over the years, and we can’t wait to dust them off and use them again!

‘90s bandana styles was a rebirth of the trend introduced by hippies in 1970s. Today, it is back in fashion again, mainly due to TikTok trends. Tie the scarf under your hair and style long front pieces for ultimate ’90s vibes.

Emma Bunton rocked the stage with her cute personality and sweet looks, and we can’t say that we’re not happy to see her signature baby ponytails have made a major comeback this season.

If you went to a rave in the ’90s, you would have seen the Bantu buns on a few girls. Although it’s similar to space buns, Bantu buns are all about having fun and revealing your wild side!

The nineties were all about accessories as well as hair in a dark color as the perfect background to make them pop. Colorful bobby pins and beads are very hot right now and lining them up like you used to with your butterfly clips is the perfect update to this former trend.

A common element of many ’90s hairstyles are front pieces styled into tiny braids. Complement is with a bandana style, flicked out bob or a high ponytail with a scrunchie for a cute look from the 90s.

It’s nice to see pictures of our favorite ’90s hairstyles have made a comeback. It gives our current styles a hint of nostalgia while also adding the ability to reinvent some of our favorite trends in a modern way. Have you been rocking any of these styles lately?