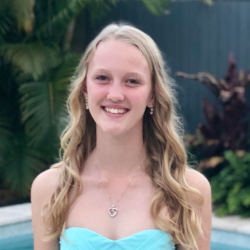 Whether we’re talking about sophisticated dinners, chic cocktail gatherings or epic house parties – they are all great places to unwind! However, that’s the exact opposite of what you would like your hair to be doing, right? Since braids are really trendy at the moment, I’ve come to the rescue with 20 simple yet gorgeous party hairstyles for long hair you’re going to love!

Achieving the perfect party hairstyle is all about knowing a few useful hair styling rules – and playing by them. Here they are – all tried-and-tested by me and on my long straight hair!

20 Party Ideas for Long Hair You Can Recreate!

And now – I’ll show you how to create each of these hairstyles for a party step by step!

#2: Half Up Double Dutch Braids

Half Up Double Dutch Braids

#3: Fishtail Flower Half Up Style

Half Up Fishtail Style

#4: Half Up Stacked Braid

Half Up Stacked Braid

Triple Ladder Braids with a Flower

#8: Ladder Braid with a Twist

#10: Half Up Fishtail Braid

Half Up Fishtail Braid

#14: Half Up Fishtail with a Flower

Half Up Fishtail with a Flower

#16: Stacked Braids into a Bun

Double Stacked Braid Into a Bun

#17: French Braids and Bubble Braid Half Up Style

French Braids and Bubble Braid Half Up Style

Half Up Mixed Braids

#20: Half Up Pull-Through Braid

Half Up Pull-Through Braid

Hopefully, this has inspired you to rock a cool hairdo at your next party, whether it’s a themed, dinner or even Indian wedding party! If you would like to see more party hairstyles for long hair like these, follow me on Instagram @thegoodhairday! Also, feel free to send me a direct message with any questions – and I’ll be happy to help!