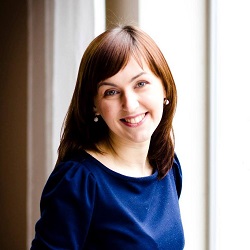 Since the very announcement of the election results, first ladies’ hairstyles and fashion choices have come into the spotlight. Jill Biden’s haircut seems to have changed only slightly in recent decades, but as she is stepping into this new role of a FLOTUS, many try to guess what Biden’s hairstyle tells about the first lady-to-be and how it compares to past first ladies’ looks.

See the most memorable hairstyles of Hillary Clinton, Laura Bush, Michelle Obama, Melania Trump, and Jill Biden along with the story behind their hairstyle choices.

Why Does a First Lady’s Hairstyle Matter?

The Economist has recently been bold enough to claim that the FLOTUS’ hairstyle has a “political message in every strand”. Whether conveying a serious political message or giving away a natural feminine wish to look young and beautiful, any change in the first lady’s haircut does make a sensation in the media. Hillary Clinton once made a perfect joke about the idea, saying, “If I want to knock a story off the front page, I just change my hairstyle.”

As the first lady becomes a hostess of the White House, her hairstyle comes to convey the emotional atmosphere that a presidential family brings into the space. More than that, modern society increasingly sees first ladies as full-fledged political advisors and expects them to shape, not just reflect, their time.

And they often do. Promoting important social initiatives, these women of power also inspire thousands of women around the globe to try on a first lady’s look and mimic cuts. Here are the most memorable FLOTUS hairstyles we have seen in the last few decades.

Hillary Clinton’s hairstyle has been changing so often that the media even started suspecting indecisiveness and volatility in her personality. Hillary has been more than aware of this close attention to her haircut and prominently spread her life wisdom in the address to the Yale students in 2001, “The most important thing I have to say to you today is that hair matters. Pay attention to your hair, because everyone else will.”

One of the most flattering hairstyles Hillary wore as the first lady was a bouffant lob hairstyle with longer layers and soft curls. A truly gorgeous hairstyle making her look confident yet feminine.

Whether responding to criticism for rapid hair-volution or attending to the recommendations of a new stylist, Isabelle Goetz, Hillary adopted her trademark choppy bob. An elevated quiff and the blown-back or tucked behind the ears locks perfectly open up her face.

Over the years, Hillary Clinton’s hair color ranged from blonde to caramel balayage. In 2015, the former first lady, and the presidential candidate, said she had been dyeing her hair for a long time now and promised that we are never going to see her turn white in a White House.

Despite the opposing views on her husband’s presidency, Laura Bush is one of the most popular first ladies ever, largely due to her calm and friendly nature. The latter might have been reflected in her hairstyle, too.

Laura Bush has been consistent in her hair preferences, sporting some amazing short hairstyles for as long as we know her. Jagged cut and tapered into the back hair gives an elegant and neat look to the first lady, reminiscent of her experience as a grade school teacher and a librarian.

Short, straight pixie cut with a side parting and feathered side-swept bangs is another noteworthy hairstyle of the FLOTUS. Uniform layers cut all through the back and sides show off lots of texture and create an overall sense of balance.

The hair color plays into the overall look. Namely, the golden brown shade of the brunette hair adds up to Laura Bush’s image of a natural and approachable beauty.

Michelle Obama’s stylist confessed that he loved to change her hairstyles depending on the dress or occasion, and she did try lots of ’dos. Still, her first term as a hostess of the White House is primarily associated with relaxers and strengtheners.

This look features a chic blunt bob with a blowout and volume on the crown and is one of the most flattering hairstyles Michelle wore as a FLOTUS.

Michelle Obama celebrated her birthday and the second inauguration of her husband with a new haircut. The immediate reaction of the media and the president followed. “To address the most significant event of the weekend, I love her bangs,” has become one of the most cited words the president uttered during inauguration festivities.

This curl pattern and some natural fullness was a step toward embracing a natural hairstyle. Michelle made the final move only in 2017, though. While Michelle Obama’s natural hairstyle received universal acclaim, many regret that she did not send this powerful message while being a FLOTUS.

A long hairstyle with a middle parting, long curtain bangs and soft curls directed away from the face made a signature Melania Trump hairstyle. The color of her hair has been brown with some caramel blonde highlights during all of the years of her husband’s presidency.

While the hairstyle conveyed stability and made the first lady look incredibly young, the glossy coif received its might of criticism. In particular, the ever-perfect blowouts and restrained emotions made the former fashion model look quite distant, not soft and open as her hairstylist describes her.

An excellent alternative to the iconic Melania Trump hairstyle is her elegant updos. This chic French twist updo with a bouffant and color highlights can leave anyone speechless. By the way, the first lady did resort to an updo hairstyle on Inauguration Day.

Jill Biden isn’t new to the White House; she spent eight years as America’s second lady. What is new is that Dr. Jill Biden is the first FLOTUS ever to keep her paying job alongside her official duties as a hostess of the White House.

Will that mean that she won’t have much time to style her hair or care to know what the media thinks about it? Maybe. Thankfully, Jill’s iconic straight medium-length, layered haircut, with a middle parting and curtain bangs, is quite easy to style.

A shoulder-length haircut with flicked ends, wispy bangs, and a side parting is another look Jill Biden is sporting. A messy touch, and shiny hair the color of sand, gives away her extremely fun-loving nature, which has been pointed out by the media and her five grandchildren, alike. It also makes the first lady-in-waiting look friendly and approachable.

Whether a FLOTUS hairstyle has a political message in it or not, you can definitely adopt the one you like, no strings attached. The secret is to be sure your hair communicates who you are and helps you be a perfect hostess of your home, your castle.