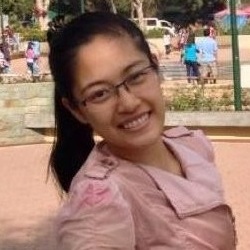 A half-up French braid crown is a chic way of doing your hair in a braid. The hairstyle is a versatile half updo that gives you a professional yet casual seamless look. It refers to the top half section of the hair styled on a French braid across the crown of the head while the bottom half section is freely falling over the shoulders. This style works well on both long and short hair. Whether it’s a boho style fashion trend, a formal event or any casual daily wear, the half-up French braid crown is a wonderful way of styling naturally beautiful hair.

What Is the Difference between a French and a Dutch Braid Crown?

A French braid crown is simply creating a French braid across the crown of the head. Compared to a typical braid crown, the look is more difficult to make because a regular braid is done by simple parting the hair two and braiding the hair. The two braids are tied together at the back of the head to form a crown.

Step 1. Start off by parting the hairline at the center of the head to create two equal portions of the hair. Grab a line of hair-following the hairline — and backcomb from the middle part of the hair all the way to the roots. This adds volume to extremely thin hair.

Tease at the crown to add volume.

Do a French braid using only the top part of the hair.

Continue braiding the rest of the section of the hair in a regular braid.

Step 4. Repeat steps 1, 2 and 3 until all hair is incorporated into the braid. As you braid along, tug the patterns along the side to create a bigger or a modified French braid. This adds volume to the hairstyle since a tight French braid would result to a thin crown over the head.

Make a French braid on the other side.

Step 5. Grab both ends of the braids and wrap one over the other, and secure them into place using bobby pins.

Grab both ends of the braids and wrap one over the other.

Step 6. After securing the braids into place, untangle the bottom section of the hair. Take sections of the hair and curl them using a flat iron.

Curl the rest of your hair.

Video-Tutorial How to Do a Half-Up French Braid Crown

Whether you’re looking for a new way to sport your short or long hair, a half-up french braid crown is a style that works for all and for all occasions. You don’t have to go on a special occasion to look and feel feminine like a princess. This is a wonderful half-do that doesn’t require extra accessories or extra care to keep it on the whole day. Trying on new ways of wearing your hair is pretty simple, all you need are pins and braids and you’re off to sport a new and trendy look.

Feel free to use the tutorial for your blog (copy code below) or share it with your friends in social networks!