Are ’80s Hairstyles Making a Comeback? 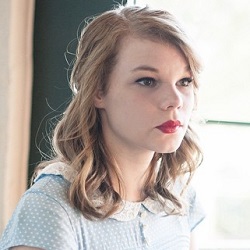 The 1980s spawned the creation of many different eccentric styles, like punk pop fashion and gender-blurring haircuts. It was a decade obsessed with volume, bright colors, making a statement, and expressing all of these things with hair. The epitome of eighties hairstyles was the cool girl with big curls and feathered bangs. It seems like some of the ’80s hair trends are coming back, with celebrities seen rocking the high pony and big hair. While old hairstyles coming back isn’t a new phenomenon, the 1980s was such an iconic decade for hair, it’s hard to ignore this particular style rebirth.

The History of ’80s Hair

Popular hairstyles of the 1980s included permed curls, crimped styles, soft cuts, feathered waves (think Farrah Fawcett),  and most importantly, teased roots. In the 1970s, pin-straight strands parted perfectly down the middle was the “it” way to wear your hair, but once the year 1980 came around, attitudes towards hair changed. The typical ’80s hairdo was part-free, featuring an effortlessly tousled look with plenty of volume.

Where did this desire for the famous ’80s big hair come from? To answer this, we look back to 1960s icons like Brigitte Bardot and Jane Fonda, who originated “big hair”. These styles became all the more popular during the 1980s, when volume was wanted by both sexes, not just women. The punk and goth subcultures also began gaining popularity, contributing to the big hair phenomenon.

The game-changing celebrities that led this hair revolution were mostly female musicians who encouraged individuality, as themselves pushed the boundaries with their iconic hairstyles.

Madonna quickly rose to popularity in the ’80s because of her willingness to push boundaries, both with her music and her style. There wasn’t an ’80s trend that Madonna didn’t either try or set in motion. Her hair, with its coveted volume and frizz, made her the epitome of cool and sexy for the decade. Love Madonna’s femme-punk look? Check out this video to achieve her famous ’80s ponytail style.

Another female rockstar of the ’80s, Debbie Harry, otherwise known as Blondie, was (and still is) a punk-pop legend. She was just as famous for her bleach-blonde locks as for her music. Eye-catching and bold, the style depicts two of the most important elements of the classic ’80s hair. Although she typically opted for fewer curls, Debbie Harry is still considered a 1980s hair icon because she embraced unexpected and edgy styles.

When she wasn’t dressed up as cute and sweet Sandy from the film Grease, Olivia Newton-John sported classic ’80s teased hair. Showing off one of the greatest ’80s hairstyles for short hair, Olivia’s teased bangs on top of a straight bob underneath encompasses the decade’s party style.

Just like her song, “Girls Just Wanna Have Fun”, Cyndi Lauper used a similar concept when it came to her hair. She favored surprising looks, like this spiked up style. She also believed in never looking too perfect, so you could always expect a little effortless dishevelment with Cyndi’s hairstyles. Her style was also loosely based on the popular ’80s feathered hair, with wispy locks flying in every direction.

Hair from the ’80s may seem the least likely to make a respectable comeback, but the era’s styles for women prove to hold a certain timelessness. Most people look back on their photos from this time with embarrassment, but these celebrities are embracing the volume and frizz of the 1980s and bringing back some of the decade’s most iconic hairstyles.

Reflective of the ’80s crimped hair, Beyoncé’s frizzy curls in this look are worthy of a retro music video. She channels all the volume and fearlessness that the decade inspired. Like Beyoncé’s large curl look? Check out this video for how to incorporate the ’80s trend into your style repertoire.

Lily Collins has been called a beauty chameleon because she manages to perfectly master any style she sets out to conquer. She typically favors vintage styles when it comes to her hair, and at the Cannes Film Festival, she walked the red carpet proudly sporting Flashdance-esque curls. Her hair is full of volume and bounce, making this an ideal recreation of the iconic ’80s hairstyle. Want to give the perm a try? Find the right style for you with this list of gorgeous perm looks.

Another iconic hairstyle of the ’80s was the high ponytail. Often paired with crimped hair or teased locks, the high pony created the ideal workout style, or even a classic ’80s prom hair look. In this case, Nicki Minaj combines the ponytail with some modern braids to bring this previously outdated style back to life. Check out these high ponytail styles for even more inspiration.

It’s hard to ignore the ’80s vibes that Kristen Stewart gave off with this look at the Met Gala. Everything from her teased roots, short androgynous style, and metallic makeup screams ’80s punk attitude. Kristen has been known to do exactly as she pleases with her style choices, so trends from the ’80s suit her well.

Taking on the more subtle side of ’80s hair trends, Alexa Chung’s wispy bangs loosely resemble those of Debbie Harry. If you want to try the decade’s bangs styles, look at these hairdos for inspiration.

Blake Lively’s famous blonde locks look fantastic in this half-up, half-down style. Her teased roots give the style a touch of the 1980s. In addition to this ’80s-inspired hairstyle, Blake also loves to style her hair in large, voluminous curls, just like those of the neon decade.

Zendaya has tried every hairstyle in the book, but with this slicked-back style, she pays tribute to the no-part trend of the 1980s. Back then, this was the look of all the “cool” girls, and not much has changed more than three decades later. Use this guide to style your own hair in a similar no-part look.

What was once cringeworthy is now coming back in a huge way. The 1980s hold a certain fascination with loud and outlandish styles, and celebrities today are starting to bring these looks back and incorporating them into our modern trends.