Call It a Temp Fade or Temple Fade, Either Way It’s Trending 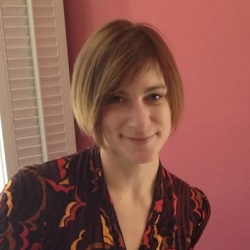 If you’re looking for a fresh style, a temp fade is a cool detail that can be added to a variety of haircuts including tapers and undercuts. The temple fade draws attention to the eyes and softens the transition point between facial hair and sideburns where hair is often patchy and sparse. This contemporary look requires skill to achieve and attitude to pull off.

Though this style originated in black barber shops, it has become a popular choice for men of all nationalities and hair types. First hyped by 90s celebrities like Will Smith, the brooklyn fade is making a comeback as part of a general revival of nineties fashion.

If you like to wear a beard but want to avoid looking like a mountain man, try a bald temp fade. Tapering the nape and sideburns down to the skin creates a cool contrast to dense facial hair and tightly coiled lengths up top. It’s modern and stylish.

A temp fade haircut works well with other sculptural elements like shaved slashes. Organized in pairs, the parallel slashes are reminiscent of racing stripes. The sharp forehead and nape line up feels urban cool. The smooth waves add a bit of old-school charm.

If your aesthetic is classic but you want an update, this simple brush back is a great choice. The hairline is left natural at the front and tapers gradually to the skin at the sides and nape. A clean shave enhances the conservative appeal.

Styling products can transform a regular fade into a retro statement. Using gel provides a throw-back finish reminiscent of 90’s heart throbs. Adding facial hair makes it feel referential instead of dated. Keep the outlines of your beard neatly trimmed for a cohesive finish.

#5: Shaved Sides with Curls Up Top

The temp fade afro was one of the earliest versions of the look. For men who wear their hair natural, adding barbered details is an important form of personalization. A sharp line up is a necessary element of modern hair tailoring.

The foundation of this cut is a simple one-length buzz, but the sideburn area and back hairline are shaven to the skin. This suits men with active lifestyles, those who don’t want any styling or even using a comb.

The sharp outline, diagonal part, undercut and delineated loops create an unusual twist on the hawk. Using the pin curl technique defines and separates the top.

Temp fades often feature the same amount of tapering at the sideburns and the nape. Here, cutting hair down to the skin below the occipital bone and in front of the ear removes strong corners creating a rounded shape that echoes the curls up top.

Cutting hair close to the skin without going completely bald creates a shaded, ombre effect. It’s a muted variant that works well with traditional men’s cuts such as this crisp quiff. It also reduces the need for maintenance.

When bringing pictures to your stylist, it’s important to consider both cut and styling. This shape has a nineteen fifties vibe reminiscent of James Dean. Brushing hair up and in while drying creates sculpted volume. Use a mousse for hold and a fluffy, touchable finish.

Short sides with a longer top are a foundation for a variety of men’s looks from polished prohibition to casual skater. Temp fades provide a trendy twist. Pair with waves, sleek and flowing backwards or nonchalant and casually tousled.

If you’re new to dreadlocks, the transition can be tough, especially if you’re starting without much length. Short locks are difficult to control and often stick out wildly. However, combined with carved edges and a tight undercut, the unruly pieces feel interesting, not unmanageable.

Many men’s cuts require maintenance every couple of weeks to look their best, but not this one. Restricting barbering to the hairline and using thinning shears to soften the transition between the top and sides provides a structure that grows without awkward transitions.

There’s a reason the temple fade has originated in black barber shops. For those with highly textured hair, a clipper cut provides clean lines without chemicals. Buzzing down to the skin creates an area of negative space that emphasizes the artistry of a well-executed shape.

Using classic graduation, this cut builds length and weight with a stacked effect. Unlike an undercut, it has no disconnection but instead connects disparate lengths creating a dramatic men’s style. It looks great parted or brushed back with gel or pomade.

This rounded taper is great for thick straight hair. The silhouette is popular with soccer players. Its shape is reminiscent of a Mohawk, which lends it an air of rebellion.

Give yourself a classic cool look with a sculpted pomp. This cut combines a temple fade with part lines along the parietal ridge. It works especially well on men with thick hair as it shows off their fullness while keeping bulk to a minimum.

The shaved line puts emphasis, framing the crest of this high temp fade. This distinguishes it from the rounded form that defines the rest of the cut. A mid length like this references retro but, thanks to the mentioned details, the final look bears a touch of the polished contemporary aesthetic.

This one will never go out of style. A buzz cut with fade and slightly longer top is flattering for any face shape. The neatly trimmed beard enhances the jawline. The shadowy temple provides an au courant update. It’s timeless with a dash of du jour.

Most of the time a temple fade haircut for textured hair restricts coils to the top of the head. This one takes a more daring approach, keeping the maximum of curls but providing the perfect hairline around the perimeter. It’s a unique style that conveys confidence.

The temp fade is a stylish design element that works well with a variety of men’s looks. Whatever your texture or personal style, this feature can be incorporated in a cohesive way, updating your cut. As you can see in the images above, there are lots of variations, so you will easily find the one that’s perfect for you.