What Is Mesotherapy and Does It Stimulate Hair Growth? 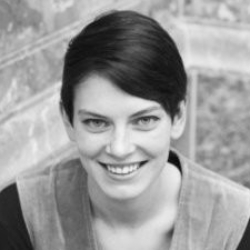 Hair loss is common for both men and women as they age but that doesn’t make the process any less emotional for those attached to their locks. While some opt for vasodilators like Rogaine to promote hair growth; a growing number of people are trying a hair loss treatment that’s been around for decades: mesotherapy. Is mesotherapy worth the hype? Or is it just another ineffective drain on your wallet? We’ll take you through the pros and cons of this treatment and help you make an informed decision about whether mesotherapy is right for you.

The History of Mesotherapy

Though mesotherapy is used today for hair growth, the founder, Dr. Michel Pistor, originally administered mesotherapy in 1952 after he had an encounter with a cobbler suffering from an asthma attack. Dr. Pistor administered procaine, which had little effect on the cobbler’s asthma. However, in a follow up session, the patient revealed his deafness had subsided and he was able to hear again. Dr. Pistor continued to administer procaine next to the patient’s ear, and it managed to continue to improve his hearing.

Dr. Pistor founded the field of mesotherapy and administered similar treatments to patients with a variety of ailments—always administering procaine as close to the affected area as possible. Other physicians picked up on his treatments and used mesotherapy in their own practices.  Mesotherapy is now used throughout the United States, Asia, Europe and South America by approximately 18,000 physicians as a treatment for hair loss.

How Does Mesotherapy Work?

Mesotherapy is a non-surgical cosmetic treatment that uses multiple injections at the site of hair loss. A mesotherapy gun quickly administers these injections. Dr. Pistor began with procaine, but physicians now have added a number of substances including vitamins, pharmaceutical medicines and homeopathic remedies. Mesotherapy is used in a number of cosmetic surgeries, including as a hair loss treatment for men and women.

The injection is said to be nearly pain free and patients undergo one outpatient session each week for eight weeks. The overall mesotherapy cost ranges between $250 and $450.

Mesotherapy: Before and After

Clinics that provide mesotherapy for hair loss promise better results than Minoxidil (Rogaine). They claim the chances of results with mesotherapy are 90-92 percent effective, as opposed to 50 percent with Rogaine. Because most patients receive eight mesotherapy treatments, physicians advise them not to be impatient and suggest results may not be visible for four to five weeks.

All this sounds pretty great—there’s a change there might finally be a full-proof treatment for balding—but you may not want to get your hopes up yet. Mesotherapy has plenty of critics.

While clinics that provide mesotherapy promise lasting results quickly without any downtime to recover; there are plenty of doctors who aren’t quite buying into the claims about mesotherapy for hair loss.

American Academy of Dermatology member Dr. Robin Ashioff is one of mesotherapy’s biggest critics: “A simple injection is giving people false hope,” he said. “Further study is warranted before this technique can be endorsed.” He’s not alone in this stance.

Dr. Rod Rohrich, Chairman for the Department of Plastic Surgery at University of Texas Southwestern Medical Center, has expressed concerns over grand claims about mesotherapy too. “There is simply no data, no science, and no information, to my knowledge, that mesotherapy works,” said Dr. Rohrich.

At the end of the day, the major problem with mesotherapy is that it hasn’t been subjected to gold standard clinical trials that many cosmetic procedures have undergone. It’s used for everything from tendonitis, dental procedures, lymphedema, cellulite eradication and of course, hair growth, but it hasn’t been proven to be effective as a treatment for any of those ailments.

Along with many critics: mesotherapy also has some side effects. The FDA studied the effects of deoxycholic acid, which is commonly used in mesotherapy for dissolving adipose (fat) tissue. Of the 2,600 patients in the study, 68.2 percent showed a response to the treatment and reduction of fat cells. However, 81 percent had mild adverse reactions including bruising, swelling, pain, numbness,and firmness around the treated area. Though this mesotherapy treatment wasn’t for hair loss — the claims that injections are virtually pain-free may be exaggerated. You should expect to experience similar side effects.

The side effects may be more severe than that–especially if you don’t receive mesotherapy from a licensed physician. In Australia, the procedure was investigated by the Health Department after a salon providing the service had several clients complain of skin abscesses and one developed a bacterial infection.

Perhaps one of the most alarming problems with mesotherapy is that it’s so unregulated. The FDA can’t control practitioners injecting various mixtures under the umbrella term of mesotherapy because the practice falls under the jurisdiction of state medical boards. A number of South American countries, including Brazil have banned mesotherapy.

“No one knows exactly what they put into the syringe,” said Dermasurgeon Dr. Naomi Lawrence. “They often use phosphatidylcholine,” which she describes as an “unpredictable” drug that “causes extreme inflammation and swelling where injected”.

Questions to Ask a Mesotherapy Provider

If you do decide to forge ahead despite the many risks of mesotherapy there are important questions to consider asking:

Is It Worth It?

If you’ve tried other less invasive hair loss treatments without success, you may be tempted to give mesotherapy a shot, especially for the relatively affordable price. However, being aware of the side effects and lack of clinical evidence that mesotherapy supports hair growth is important.

Clinics that provide mesotherapy often make great claims about their rates of success and underplay pain or side effects, so it’s important to consider what they have to gain. Gather your information about mesotherapy from multiple sources — not just those with a chance to profit. If you do decide to go forward with mesotherapy then have the procedure done by a licensed medical doctor – even if it costs a little extra to do so.

Related Posts
Hair Transplant Procedure and 5 Rules for Fast Recovery
Why You Might be Losing Hair After Coronavirus and How to React
4 Causes of Thinning Edges and How to Grow Them Back
5 Hair Regrowth Treatments with Proven Effectiveness
Vitamins and Hair Loss: What Is the Connection?
12 Most Common Causes of Hair Loss in Women