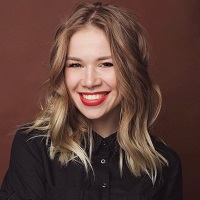 Following the world’s top hair stylists is a brilliant way to keep your hair inspiration fresh and on trend. Whether you own a salon or just adore sexy and up-to-date hairstyles, keeping an eye on famous hairdressers can make all the difference to your look and your career. After all, it can take just one signature style to change the face of beauty as we know it!

While your source of inspiration really matters, with so many famous hair stylists around, it can be hard to know who to follow. In this article, we’re going to show you the best hair stylists from the past and the top hair stylists in the world right now, so you can always be on top of hair news.

Famous Hair Stylists of the Past

We can’t look forward unless we look to the past first. And history is full of some of the most influential and groundbreaking hairdressers to date. These renowned celebrity hair stylists changed the face of the hair industry, invented trends still around today, and influenced Hollywood royalty.

Vidal Sassoon is a household name, and for very good reason. His contribution to the hair and fashion industries continues to inspire younger generations, even a decade after his death. He has been described as a hairdressing legend and was one of the Hollywood hair stylists of choice for many a celebrity.

Working in some of London and New York’s top hair salons, Paul Mitchell was the co-owner of America’s first chain salon. His unique cuts and styles appeared in magazines such as Harper’s Bazaar and Vogue.

Throughout his career, Paul launched his own hair care line, educated young hairdressers, and forever altered the way women wash, style, and wear their hair.

Creating some of the most famous hairstyles in the world – including those worn by Audrey Hepburn, Lauren Bacall, Jackie Kennedy, and Marilyn Monroe, Kevin Batelle changed the way Monroe wore her hair, elevating her look and her fame.

He invented the soft, tumbling hair look of the 1970s, which was groundbreaking after the ’60s more structured styles.

Olive was the first black salon owner to offer curly hair and afro hair treatments and techniques in the 1950s. Olive Benson’s work and influence led her to receive a North American Hairstyling Award and she went on to pioneer the first black-hair advanced training academy. She also developed the first universal hair relaxer.

Olive is renowned for saying, “hair is a texture, not an ethnicity.”

Top celebrity hair stylist Frederic Fekkai is a hairdressing living legend. From running a beauty mecca, eight salons across America and the Caribbean, and a worldwide product line.

Now we’ve looked at some of the most famous hair stylists of the past, it’s time to look at who is making waves in the hair industry right now! To become one of the world’s top hair stylists, you need to be able to create iconic looks that get you worldwide recognition. Check out our list of top 10!

Kim started working at her mother’s salon when she was just a teenager. She has since worked on some of the most famous heads in the celebrity world, as well as staring in L.A. Hair for five seasons.

Her impressive client list includes Zendaya, Halle Berry, Oprah, and Beyonce, and with an Instagram following of over half a million fans, this is a woman who knows what she is doing!

Kim has also launched a line of natural hair care products and creates amazing video tutorials using her products on real women, that you can create at home!

Starting his career on the TV show What Not to Wear, Ted has since become famous among the A-list crowd, and he has cut and styled hair for Angelina Jolie, Mila Kunis, Ashley Greene, and Anne Hathaway, as well as being Chanel and Prada’s hair stylist of choice.

Gibson decided to become a hairdresser at 21 when a friend of his showed him what a great life it was. He probably would never have dreamed that all these years later he would be such a star, “I might be doing editorial one day, Tina Fey for a L’Oreal commercial the next, then Debra Messing for the press for her new show the next!”

Known as the master of the beach wave. Kristin Ess has worked with celebrities such as Jenna Dewan Tatum and Lauren Conrad. Her look is aesthetically light, beachy, and natural, which has gained her fans and a client list around the world.

As well as creating incredible looks, Kristin has her own line of cruelty-free hair products, which she demonstrates on her Instagram – and – dare we say – her products are almost as gorgeous as her hairstyles!

Labeled as the most influential hair stylist in the world by The New York Times, Jen Atkin started her amazing career as a salon receptionist! She is the co-owner of legendary haircare brand OUAI a celebrity hair stylist to the likes of Katy Perry, Hailey Bieber, Chrissy Teigan, and the Kardashians, as well as being an entrepreneur and a beauty columnist.

We’re also obsessed with tutorial videos on her YouTube channel.

Lacy Redway is known as one of the best braiders in the hair industry. Although she is one of Hollywood’s most sought-after stylists (she has worked on celebrities including Tessa Thompson, Florence Pugh, Maya Hawke, Jourdan Dunn, and FKA Twigs), Lacy started her journey in hair at the age of 14, styling natural hair.

Lacy is incredibly creative and used to draw crowds around her watching her braid, even though she remained humble about her extraordinary skills, “I didn’t realize that what I was doing was anything different because it was something I was used to doing growing up. I didn’t realize my braiding was faster than most assistants at the time or that the technique was different. That for me was my big ‘wow a-ha’ moment like I have something that might be a little bit different or special.”

Tokyo started her hair journey after her mother was incarcerated when she was just a child. She was left with the job of doing her sister’s hair, and now, her client list includes the likes of Cardi B, Nicki Minaj, Rihanna, and Naomi Campbell.

She started working with hair extensions at the age of 11, and become renowned in her neighborhood, where people started paying her to work on their hair. She is Kylie Jenner’s wig creator, and she started out by creating wigs for cancer patients.

Ursula is the artist who created Rihanna’s iconic bob. As well as Rih-Rih, Ursula has worked on the tresses of Mary J. Blige, Laverne Cox, Kerry Washington, Mindy Kaling, Zendaya, and Naomie Harris.

Knowing she wanted to work in hairstyling from a very young age, Ursula would cut and style her friend’s hair, before going to study at a hairdressing academy. By the time she got Rihanna as a client, Ursula had established herself and influenced the singer so much that Rih-Rih insisted she created the look for her new album cover.

Neal is an icon in the hair industry. From transforming the hair of famous black women to creating every look under the sun. Neal emigrated from his native country Trinidad to the United States, determined to make it as one of the world’s most famous hair stylists.

His fame shot sky-high when he created Beyonce’s incredible hair masterpieces in her Black is King film, where he sought to celebrate black beauty and heritage, claiming, “To African women throughout history, hair was something spiritual. Your hairstyle represented your power.” He also has his own salon and product line in New York.

Jenny Cho is one of Hollywood’s go-to hair stylists, and her red-carpet looks are the stuff of legend. Her career started after attending beauty school and working as an educator for Bumble and Bumble. It wasn’t long before she began assisting on editorial shoots.

She has styled next-level red carpet looks for the likes of Charlize Theron, Scarlet Johansson, and Lucy Boynton for the Oscars, movie premiers, and The Met Gala.

Ever wondered who’s the genius behind Kim Kardashian’s sleek locks or Ariana Grande’s iconic signature ponytail? Meet Chris Appleton who started his career by cutting his sister’s hair at the age of 12 and went on to work in a salon at just 13. This soon led to a high-flying hair stylist career, where he went on to work backstage during Fashion Weeks across Europe.

He won a TV show contest called Hairdresser of the Year and went on to win other competitions. His work has been featured on covers of magazines such as Vogue, Vanity Fair, Marie Claire, Grazia, and Harper’s Bazaar, and he has worked on collections for Fashion Week for the likes of Chanel, Vivienne Westwood, Tom Ford, and Fendi to name a few.

Whether it’s their personality, talent, style, techniques, client list, or work ethic, these impressive and inspiring hairdressers have made their mark in the hair, fashion, and beauty industry.

Now that you know our top pick of the best professional hair stylists, past and present, start adding them to your follow list on Instagram and begin your day with incredible hair inspiration from the best of the best!

Related Posts
What Is Hair Toner, Anyway?
Best Hair Dye for Dark Hair for At Home Coloring
How to Remove Black Hair Dye You Regret Getting
The Ultimate Guide to Bleaching Hair at Home
How to Fix Orange Hair After Bleaching Gone Wrong
5 Working Ways to Remove Hair Dye at Home