The Mysterious History of Red Hair 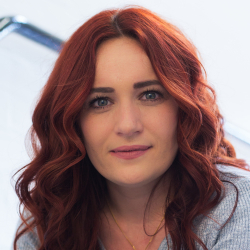 Less than 2% of the population are redheads. Throughout history, they have been worshipped, idealized, fetishized, feared and condemned. We asked Rachael Gibson, a redhead historian, to point out the most intriguing moments in the history of ginger (another way to describe redheads) hair, as well as recommend some books, if you choose to investigate further. Whether you are a redhead, know a redhead, or are just an enthusiast, this article has you covered!

An Overview of Red Hair’s History

Throughout history, red hair has been associated with evil; vampires, witches and outsiders were traditionally always portrayed with red hair. There are numerous reasons for this, one being that actually having red hair is incredibly rare (less than 2%, remember?), and society is generally suspicious about anything ‘different’, particularly when it is so very noticeable and eye-catching. Some scholars also trace this fear/dislike of red hair back to the belief that Judas, who betrayed Jesus in the Bible, had red hair. Culturally, anyone with red hair has often been assumed to have a hot temper and tempestuous personality.

And, yet, not every society had negative views of red hair; in Italy and Greece, it was historically viewed as very popular – perhaps due to its rarity in these parts of the world. As we look through history, we find that henna has also been used since ancient times to create red hair and was very popular in Ancient Egypt and in the Middle East. In Elizabethan England, red hair was very popular, owing to Elizabeth I’s natural red hair, and many men and women colored their hair red to show loyalty. In the 16th century, the popularity of Tiziano Vecelli, as he was known in English, Titian’s art started a trend for red hair, too, with Italian women using ingredients, including saffron and rhubarb, to achieve the color.

In Ancient Greek myths, redheads were said to turn into vampires after death, and, during the 16th and 17th centuries, most women who were branded as witches had red hair. Somewhere around 45,000 red-haired women are estimated to have been burned as witches, during the trials, which is a considerable portion of the population. To reiterate, that was likely due to the fact that since having red hair is so rare, you stand out from the crowd, and are, therefore, evil. Even before the witch trials, 15th-century artwork portrayed witches with red hair.

Five Books About the History of Red Hair

If you’re fascinated by this rare and mysterious hair color, you are not alone. Surprisingly, there are many books about the history of redheads as well as scientific facts associated with the hair color ginger. Check out the following list of books, should you decide to find out more.

#1: Red: A History of the Redhead, by Jacky Colliss Harvey, is written for a wide range of readers. This book describes the history of red hair throughout the ages, dispels myths and reinforces the special nature of being a redhead, connecting different perspectives (science, politics, religion, feminism, sexuality and art).

#2: The Big Redhead Book: Inside the Secret Society of Red Hair, by Erin La Rosa, connects pop culture and historical background, facts and statistics, as well as funny personal stories about being a ginger. Whether you have red hair, know someone with red hair, or are just an enthusiast, this book is a great one to start with.

#3: A Field Guide to Redheads: An Illustrated Celebration, by Elizabeth Graeber, presents a pantheon of 100 famous redheads, both real and fictional (from David Bowie and Sylvia Plath to Woody Woodpecker). This cute book is a pleasure to look at as well as being an interesting evening read, and can be a great gift to a redhead that you know.

#4: Roots of Desire: The Myth, Meaning and Sexual Power of Red Hair, by Marion Roach, is a witty investigation into what it means to be a redhead. The author, with a head full of red hair, herself, takes a look at the science behind hair color and the roles that redheads have played over time. This book is full of mind-blowing historical facts and inspiration.

#5: An Esoteric History of Red Hair, by N. R. Scott, delves into some of the more esoteric ideas associated with redheads and their special “powers”. The book is based on stories of interesting historical characters who had red hair.

If you liked this article, you’re going to love Rachael’s Instagram account called @thehairhistorian. This blog combines her passions for art and hair history. Rachael has extensive knowledge of the history of the hairdressing industry, including the trends, techniques, tools and the wider cultural impacts of hair.